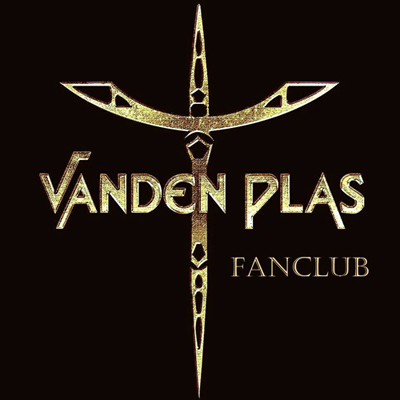 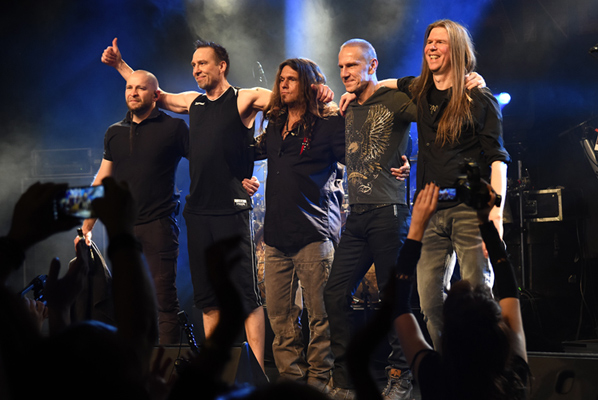 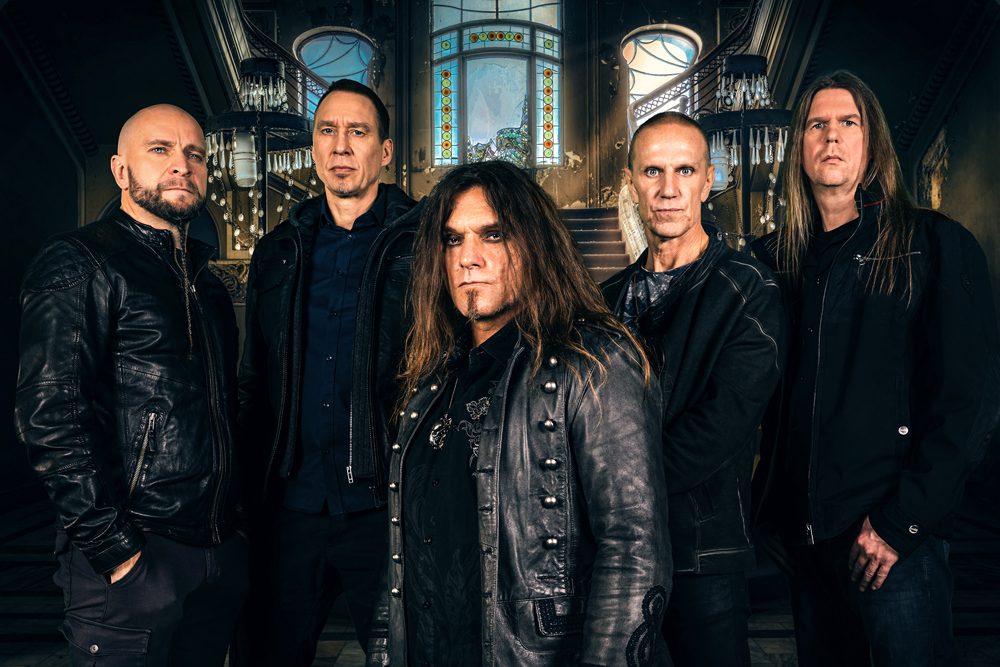 "The Ghost Xperiment" is an imaginary tale that was inspired by the results of an actual, documented experiment in the paranormal. The story relates the long and arduous journey of Gideon Grace, whose path to self-discovery and to his greatest love is threatened by three demonic beings ...

The first part of the ghost saga: "The Ghost Xperiment - Awakening" 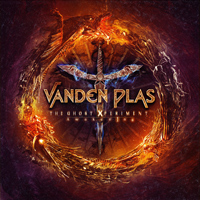 It is the first of December - somewhere in time.

The mysterious, enigmatic life of Gideon Grace begins as spectacularly as it ends. Rescued as an 11-day-old foundling, he is placed in an orphanage near St. Malo, a small town stuck like a furrowed mussel on the harsh Atlantic coast and battered for centuries by the ocean's unforgiving floodwaters.

"The House of Rain." As Gideon grew older, he knew exactly why the other children were using that name for this dismal piece of earth: because it was just a place of sadness and tears for them.

Exactly 11 years later, Gideon and his little soulmate Ivy successfully escape the terrible shadow of the House of Rain. But in their desperate flight through the bitter cold land, Gideon is ultimately unable to protect his angel - as he lovingly calls her - from their merciless pursuers and must watch her die before his eyes. Utterly exhausted from the hardships of this odyssey, it is only in the last second that he himself finds the strength to escape.

Gideon will carry the sorrow and pain of losing his greatest love forever, a constant torment that will also become the driving force for his life.

Chased throughout the savage country of France, he finally finds a refuge in the small hamlet of Prend-Toi-Gardes. However, it seems that even here he is far from a place of safety and rest. From now on, spirits from the past rattle at the door to his dreams and grasp at him, or are these completely different beings threatening him?

With time, Gideon learns more and more about the nightly phantoms that torment him and girds himself with weapons to shield him against their attacks. His knowledge is gleaned from books of secret teachings as well from parapsychological experiments conducted by faculty at a German metaphysics department.

Once well equipped, he can finally face his unearthly adversaries and approach the first showdown.

After so many years of fear and uncertainty, Gideon Grace finally manages to track down his demons and shed light in the dungeon of his shadows - to ultimately illuminate the incomprehensible truth about his life from all sides. How far he had traveled, how deeply he had longed for this day - the day he would finally have knowledge. "The truth is a cooling, pain-relieving essence," he thought he knew ... but sometimes it tears a deep hole in the abyss to Hell ...

After the listener of "The Ghost Xperiment - Awakening" was left in the middle of a séance in which the title hero Gideon Grace was conjuring his ghosts, the long-awaited 2nd part and the resolution of the story is here at last.


The second part of the ghost saga: "The Ghost Xperiment - Illumination" 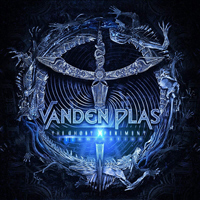 Exhausted from years of wandering and confusion, Gideon Grace was finally ready to confront the ghosts that had haunted him since childhood.

So he returned to the House of Rain, the place where his life once began, shrouded in dark clouds, to finally confront his tormentors, to unmask and defeat them.

Gideon was seeking the truth in order to finally find peace, regardless of whether this truth led to triumphant victory or to his death. But the realization he made in the séance would shake him to his core. The three beings he had been hiding from all is life were revealed through his necromancy to be real people, a team of researchers who had set themselves the challenge of creating a psychogon through parapsychological experiments. The thought-created Golem. One of those magical astral beings which, in extreme situations, can be rendered visible. They named him Gideon Grace. Over and over again, when Gideon's nightmare seemed to lie in wait for him as vague eerie shapes, it was he who was the ghost being hunted, in order to be lured out of his hiding place during the nightly séances.

But how could that be? For years, Gideon had believed he heard the pulse of humanity deep within him. He loved, he mourned, he feared, felt pain - and now his whole life was only the absurd and dreary product of three human minds.

What was their plan? What did they want from him, now that they had found him? Would they simply extinguish him?

There was no doubt - his creators had made him and were, so to speak, his gods.

But he had become one of those rare magically created beings who, after years of hiding in isolation and self-reflection in the metaphysical cosmos, now possessed a consciousness of his own, a material body, and a soul. Gideon was by no means willing to simply submit to his gods.

"If one expends immense knowledge and energy to create another high form of energy, how could one seriously believe that this created form of energy could still be controlled. I think, therefore I am!" cried the spirit.

The scientists had created an uncontrollable psychogon. Gideon Grace was aware that he was alive and that made him so immensely dangerous to his creators.

When he disappeared again right before their eyes, it was clear that they had conceived the most sorrowful thing in the world, and no one could know if they had created a deeply benevolent being or their own deadly avenging angel.


Andy's comments on the idea and foundation for "The Ghost Xperiment"

As a writer for the stage, I am always on the lookout for dramatic stories that are easy to explain. This sometimes collides with my own preference, which is to tell mystical tales. Writing an intriguing and suspenseful story is only one side of the coin. The other is to make the story conceivable to the audience. However, in the suspense genre, most stories are not supported with convincing evidence, and the plot usually collapses in the end. Thus for years, I've been driven by the idea of writing a ghost story that casts a different light on the genre and aspires to leave the audience with a plausible explanation at the end.

Three years ago, I came across a true story, a project called the Philip Experiment.

I knew immediately that I had found the basis for my story that I had been seeking for so long.

The plot for my story "The Ghost Xperiment" is essentially based on the true experiences of a research team interested in trying to create a psychogon, a kind of imaginary ghost, through the power of their combined thoughts. They did not believe in ghosts, or that the spirits of the dead exist in some kind of in-between world and can communicate with the living in some way. Therefore, with their experiment, they expected to show that ghost phenomena are only a product of our own fantasies.

With a quasi "perfectly invented ghost," they hoped to prove that ghosts are only imaginary, and not real.

Together they created the complete and uninterrupted biography for a fictitious person from the 17th century, whom they named Philip Ayelsford; hence the Philip Experiment. Invoking necromancy, the imaginary ghost was summoned to appear.

The experiment worked! Just not as expected ...

The imaginary ghost of Philip did not materialize before them. However, an entity answering to the name of Philip began to communicate with them through a host of paranormal phenomena. During many séances, Philip replied to questions about his life and times beyond what was directly in his fictional biography, almost as if he had developed his own independent existence.

Ultimately, an experiment that was intended to bring light into the darkness by proving that ghosts and metaphysical phenomena are only creations in the mind but do not actually exist resulted in the opposite. The reality of ghosts was neither proven nor disproven, but now the real question was, could spirits be created in the minds of others and then actually come alive?

Rather than ending the debate, explanations for phenomena observed in the experiment made the inexplicable even more distinct and conceivable.

With their "Ghost Trial," the researchers intensified all the more the conviction that there must be something between life here and eternity. 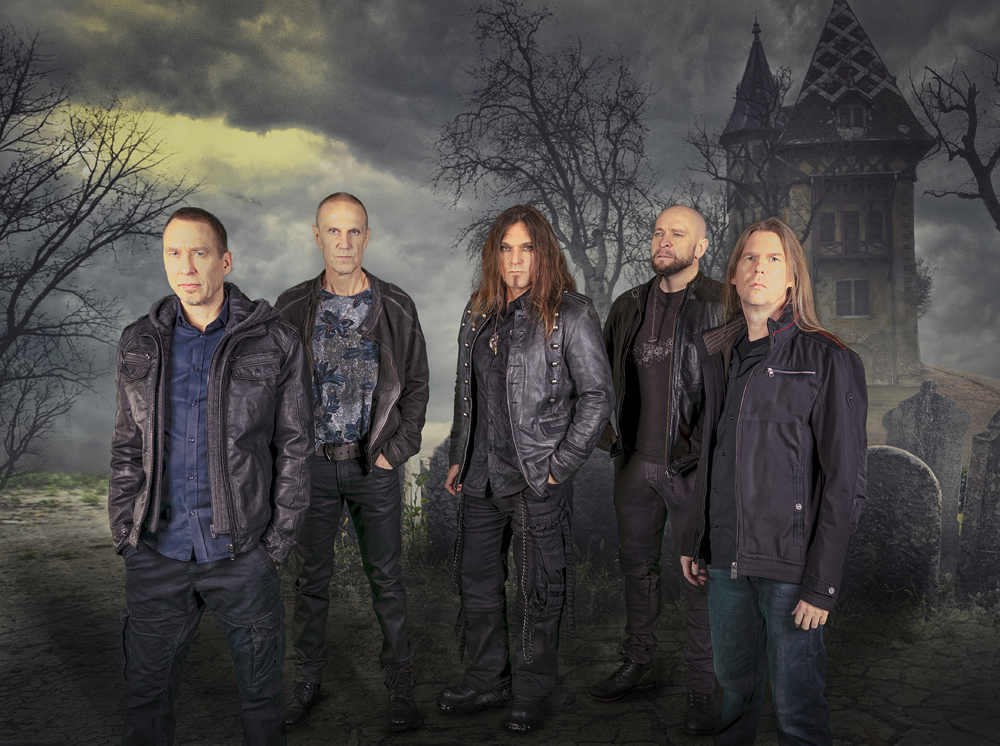 About a year ago, the German showcase progressive metal band Vanden Plas left us at precisely the most mysterious point in their exciting tale "The Ghost Xperiment - Awakening." During a séance, Gideon Grace, the main character, at last encounters the ghosts who have haunted him since his childhood. Ghosts? Exactly! "For years I've felt driven by the idea of writing a ghost story that casts a different light on the genre, and ... at the end leaves the audience with a plausible explanation," author and Vanden Plas lead singer Andy Kuntz elucidates. In this way he came across the Philip Experiment, an authentic and credibly documented investigation of necromancy, literally, conjuring dead spirits. "I knew immediately that I had found the basis for my story that I had been seeking for so long." Thus he developed the story for "The Ghost Xperiment," which continues in the second part "Illumination," and at last reaches its startling conclusion.

Vanden Plas also astounds musically. While the orchestral arrangements in the first part of the ghost saga had already been reduced compared to the two previous "Chronicles of the Immortals" CDs, this time the progressive aspects are even more apparent. Along with the band's brilliant musicians, Stephan Lill (Guitar), Günter Werno (Keyboards), Andreas Lill (Drums), and Torsten Reichert (Bass), prestigious guests also create a sensation: Alea from the leading German medieval rock band Saltatio Mortis sings 'Krieg kennt keine Sieger' in a duet with Kuntz on the bonus track, Snow White Blood singer Ulli Perhonen shines in 'Black Waltz Death' and 'The Ghost Engineers' and the backing vocals team is made up of longtime musical colleagues including Oliver Hartmann from Avantasia and Herbie Langhans from Firewind.

This concentrated musical power, paired with unexpected twists such as in 'Black Waltz Death' or the 13-minute long 'The Ouroboros' is what makes "The Ghost Xperiment - Illumination" so incredibly gripping. In addition, with the opener 'When the World is Falling Down', Vanden Plas has created an unbelievably driving steam hammer, and with 'Under the Horizon' a true prog anthem. After hearing its hypnotic refrain just once, it's already impossible to imagine the band's musical universe without it. Briefly: Vanden Plas dedicatedly pursues its unique path.

The band has not been deterred by the current Corona pandemic. Theater engagements naturally had to be temporarily suspended, but in the months preceding, Vanden Plas had already let off a lot of steam on that turf: with their own rock opera "Everyman" in Pforzheim, "Der Herbst des Winterkönigs" (The Autumn of the Winterking) in Amberg, and "American Idiot" at the Prinzregententheater in Munich as well as at the Tiroler Landestheater in Innsbruck, the band was stretched to the max. Despite that, they performed "Concerto For Group and Orchestra," the masterwork from Deep Purple Keyboardist John Lord, in Kaiserslautern, and also found time to finalize the song material for "The Ghost Xperiment - Illumination." This is how they could use the time during the Corona virus shutdown to finish recording their new work.

Even in a time of crisis, the band has managed to progress, to give their best, and to present their fans with another glorious work that literally explodes with variety and vitality. "The Ghost Xperiment - Illumination" is precisely the medicine that we all need right now.